Always one to stun on the red carpet of the GRAMMY Awards, Jennifer Lopez might have people finally saying, “What green dress? Did you see the black one she wore?”

The twittersphere lit up once JLo showed off how much leg she could reveal in her off the shoulder Anthony Vaccarello, so much so that it even got it’s own twitter account.

#JLoLeg is trending right now. #Grammys is there a time when her body parts won’t trend?

. @jlo looks amazing at the #grammys! So does her right leg

When she was arrived on the carpet to talk to E! she commented, “I thought I was I was being such a good girl.  A little shoulder, a little leg.” 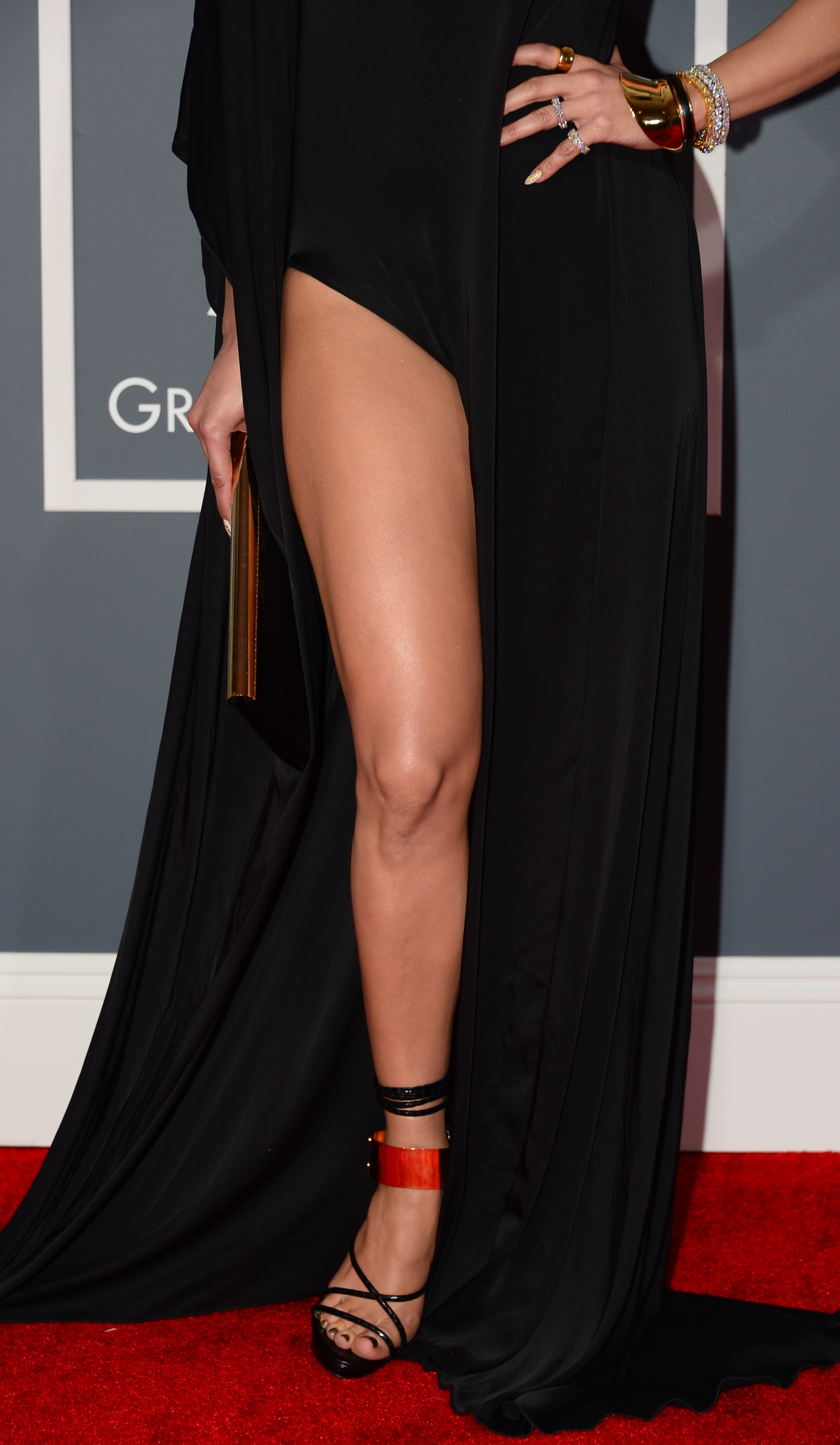