CHICAGO (CBS)–Designer fashion brand Balenciaga has come out with a head-turning look for fall. If you like jackets and have $9,000 to spend, then this could be the perfect fall wardrobe addition.

The oversized layered parka coat, according to Insider, is a baggy-looking navy blue coat with seven distinctive multi-colored layers underneath that resemble more coats. The other layers include garments like a hoodie, plaid shirts and fleece jackets.

Some are calling it the ‘Joey Tribbiani Look’ based on the ‘Friends’ character’s layered outfit in an episode.

.@BALENCIAGA is selling a $9,000 coat with 7 distinct layers https://insder.co/2wwwLLB

Balenciaga is selling a $9,000 coat with 7 distinct layers

Balenciaga is gearing up to release its Fall/Winter 2018 collection, which includes an “Oversized layered parka coat” guaranteed to keep you warm during the colder months.

The exaggerated layering effect showcases designer Demna Gvasalia’s experimental approach, according to the item’s description on Barney’s.
The coat has a rather slouchy shape to resemble skiers returning from the slopes, Insider reports. 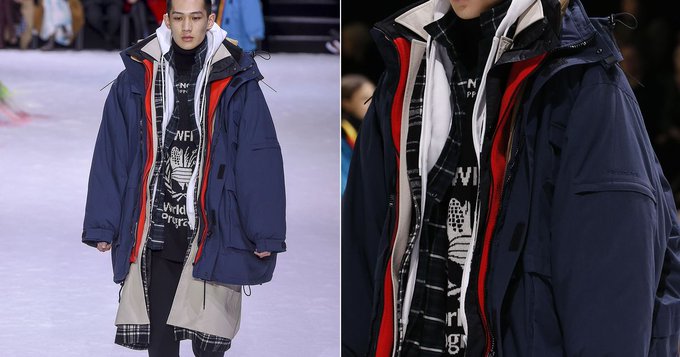 Balenciaga’s $9,000 coat is pretty much a bunch of jackets on top of each other https://trib.al/fBB0Pk8