“This past year I’ve had the pleasure of being on the road with one of the greatest voices in the world period,” Hunter Hayes said as he introduced six-time GRAMMY Award winner Carrie Underwood.

Underwood soon appeared on the GRAMMY stage in a gorgeous grey ball-gown, singing right underneath a chandelier and alongside two guitarists. She then showcased her impressive vocals on the slowed, stripped down “Blown Away.” She ended the track with powerful belts before the curtain opened to display the rest of her backing band.

As she began her new single “Two Black Cadillacs” it wasn’t her voice that had everyone glued to her performance but her glowing dress. As blue designs engulfed her torso, new images began to appear. Butterflies and flower pedals were soon projected onto her dress, telling a somewhat interesting albeit twisted tale to the somber song. 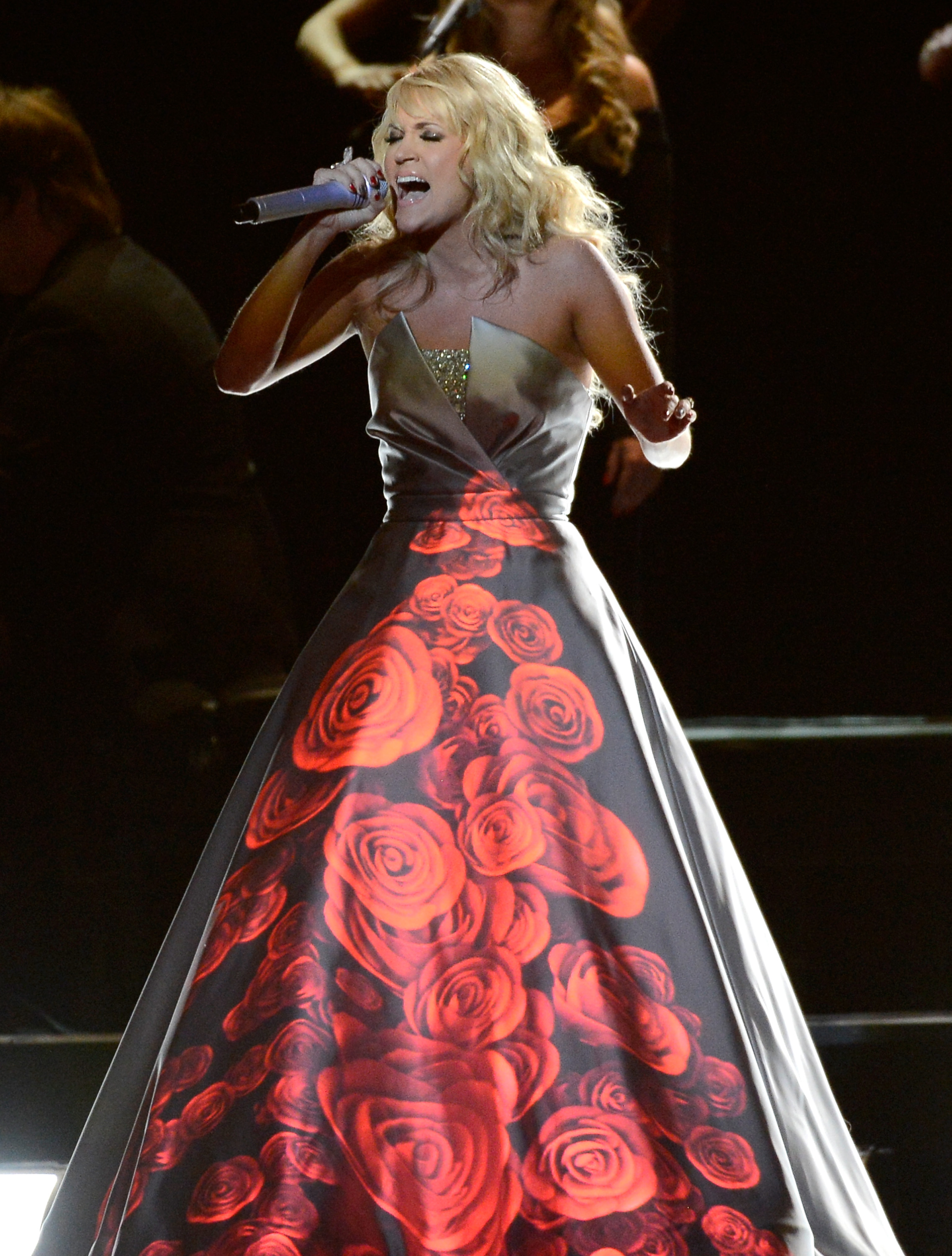 The 55th Annual GRAMMY Awards has added two more prizes to Underwood’s collection. The songwriting team of Josh Kear and Chris Tompkins have done it again. After landing their first GRAMMY together for writing Carrie Underwood’s 2008 hit “Before He Cheats,” they landed another one this year for Carrie’s smash 2012 hit “Blown Away.”

“I didn’t expect this one,” Chris Tompkins said when he and Josh took the stage to accept their award.

The singer of “Blown Away” was given her own award, too, less than two hours later, during the televised portion of the GRAMMYs. Carrie Underwood took the stage to accept her GRAMMY for Best Country Solo Performance for “Blown Away.”

Taking the stage, Carrie looked beautiful but seemed a mixture of shaky and excited. “Country music has always been so good to me,” she said, “and I thank the Lord that I’m part of such a talented, wonderful family.” She then gave a shout-out to both God and her “perfect husband Mike [Fisher].”